Handwritten inscription on the product Every figurine is carefully handmade in the finest quality English porcelain before being decorated again by hand.

The product has a special protection in the form of underglaze and overglaze marks. The products manufactured in our factory have, among others, factory logo on the bottom

Products made in AS Cmielow  Porcelain Manufactory are very well protected against counterfeiting.

Each figurine is numbered. The number is composed of three different numbers which mean: catalog number, sequence number of the product produced in a given year, the year of production.

The figurine comes complete with a certificate of authenticity showing the sculpture number, the year of the original design and the name of the sculptor.

All products are wrapped in paper with logo and packed in a dedicated, elegant gift box and they are ready to be presented as a unique gift - perfect for every occasion!

In the years 1955-1964, he was at the Ceramics and Glass Studio of the Institute of Industrial Design (IWP) in Warsaw.  Jędrasiak with four others talented sculptores (Lubomir Tomaszewski, Mieczysław Naruszewicz and Hanna Orthwein) created a new style of porcelain chamber sculpture - they they simplified the shapes and eliminated small decorative elements.

He prepared over 20 designs of chamber ceramic sculpture (the most popular models include: African girl, Sexbomb, "Fish, Rhinoceros), as well as fancy forms, among others multi-armed vases.

He also deal with a monumental sculpture, the author of, among others, fountains at the Palace of Culture and Science, monuments to the graves of K. I. Gałczyński and J. Tuwim in the Warsaw Powiązki Cemetery.

All products are wrapped in special paper wit logo and packed in a dedicated, elegant gift box. 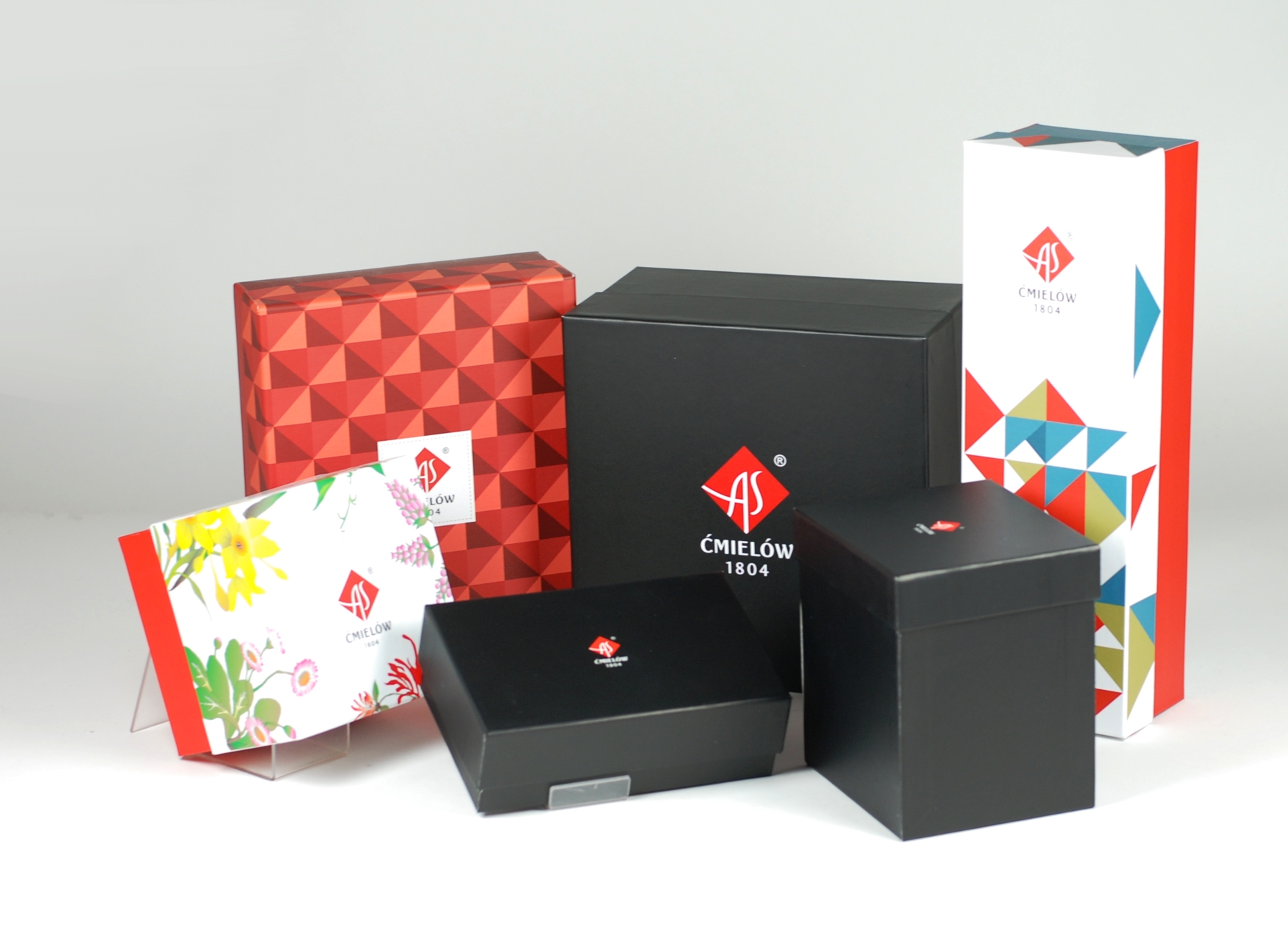 For some figurines we have wooden box. Such packaging is additionally payable and to be carried out on request (you will find that information next to the option of chosen products).

In the case of shipment of the product via the courier, the packed product is additionally placed in the transport packaging.

If any decoration is not available at the moment, please contact us at shop@cmielow.com.pl

You will find unique ideas for a gift for relatives and friends, a business gift, a souvenir for guests from abroad, a wedding gift, Valentine's Day, Christmas or just give your interior a new character.